With 174 active entities, the industrial sector accounted for 1.8 % of the Principality's active entities. This figure was over 7 % in 1985 but has been decreasing every year.

The average age of an industrial entity is the highest of any of the Principality's sectors at 25.8 years versus 12.5 years for the average entity, all sectors combined. 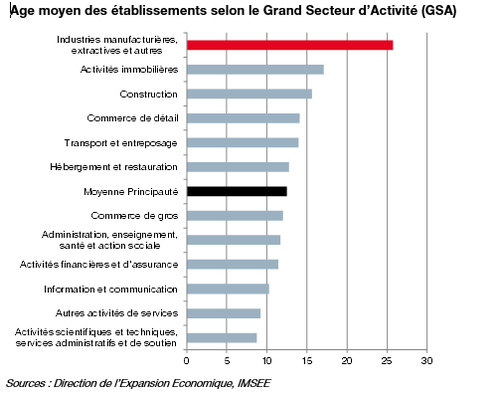 In comparison with other sectors, a smaller share of industrial employees reside in Monaco (6.5 % versus 12.8 %). However, the share of employees who live in Italy is significantly higher at 14.1 % versus 8.3 % on average, all sectors combined.