It thus erases the decline in 2020, to resume its growth trend of recent years. Over the decade, GDP recorded a compound annual growth rate of 4.4%. 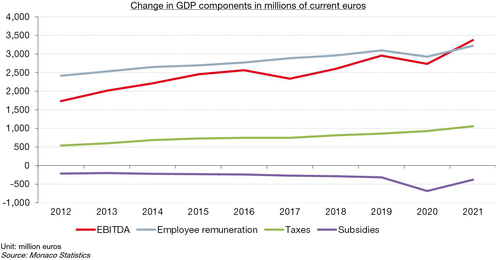 Given the approach adopted in Monaco of GDP as an indicator of income, it is divided into four components: 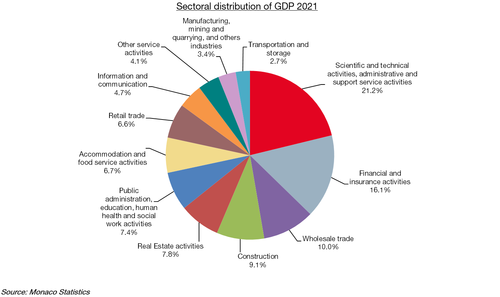 Together, Scientific and technical activities, administrative and support service activities and Financial and insurance activities create more than a third of the wealth produced in the Principality (37.3%), and this share rises to 47.3% if Wholesale trade is added, i.e. almost half of the overall GDP.