The census of the population, carried out on average once every 10 years, allows the population to be counted and provides an understanding of Monaco’s resident population and housing stock. It covers everyone living within the Principality’s territory.

Beyond simply counting the number of people and dwellings, the information collected helps with the subsequent implementation of public policies and is a useful decision-making tool for the Government.

The census survey is:

The 2016 census campaign, under the supervision of the Mayor of Monaco, was the first to be carried out with technical assistance from IMSEE. Fifty census agents were specially recruited for the campaign, and worked alongside ten or so officials from the government administration and Monaco City Hall.

Starting on 7 June 2016, census agents visited each household in the Principality and gave residents questionnaires to complete. Residents were informed of these visits in advance via a letter from the Mayor.

Two types of questionnaire were given to each household:

The completed questionnaires were then collected by the census agent during a subsequent visit, on a date agreed with the resident. 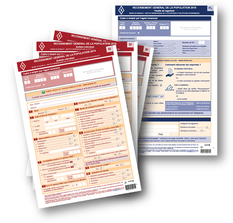